A BIGGER REWARD THAN CIGARETTES

Finding something more important than smoking

Home » Why should I quit? » Paul: A bigger reward than smoking

Finding something more important than smoking 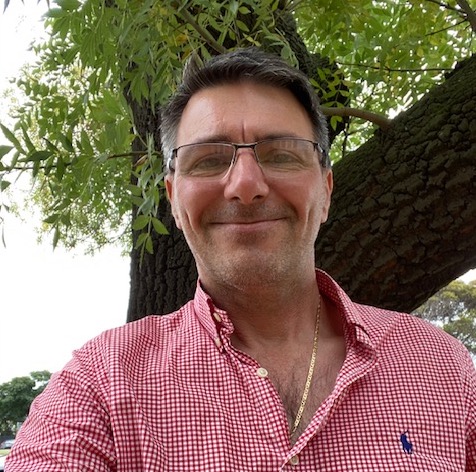 Paul loved smoking, but he loved his new girlfriend, Tara, more. After four decades he found the willpower to quit smoking because Tara meant more to him than tobacco.

Tara didn’t want to be with a smoker so Paul knew he had to quit. “Otherwise, I was saying smoking was more important than my relationship,” he said.

Paul and Tara had first met in their youth when they were competitive swimmers. By that time, Paul was already a smoker. “I took up smoking when I was 13 because just about everyone I knew smoked,” Paul said. “It was cool to smoke – it wasn’t frowned upon.”

Decades later the two reconnected, but Paul couldn’t bring himself to answer truthfully when Tara asked if he still smoked. Instead, Melbourne-based Paul would refrain from smoking each time he came to Adelaide to visit Tara. “I was going through withdrawal each time I saw her and she didn’t know it,” he said.

Eventually Paul came clean with Tara and reassured her he was going to quit smoking. But he told himself a different story. Even though he had quit smoking, it was easier for him to tell himself that he was “delaying the cigarettes”.

As the smoke-free days accumulated, Paul really didn’t want to go back to day zero and that kept him going despite the cravings.

“I was half stupid for a couple of weeks,” he said. “I was sleeping all the time, I couldn’t concentrate, I’d put my feet up on the desk and sleep for three hours when I should have been working.”

Paul went to his GP for advice about quit smoking medications, but decided cold turkey was the best option for him. He did a lot of reading and learned a great deal about smoking and quitting strategies.

Paul also registered for ‘Quit your way in May’, an event where smokers can have a go at quitting smoking with other South Australians. He found the ‘Quit your way in May’ Facebook support group particularly useful. “I was talking to other people the same age as me and they were giving it a crack,” he said.

“Sadly, some people were going backwards and I didn’t want that to be me. I’d rather be saying, ‘I’m still streets ahead’.”

Paul firmly believes there are only a few issues big enough to motivate someone to quit smoking. “One is the shock of going to the doctor and finding out you are really sick,” he said. “The second is you’ve really got to do it because there is something at stake, which rewards you more than cigarettes themselves.”

In Paul’s case, this was Tara. And he is looking forward to many more trips to Adelaide. “She was 100 percent the reason I gave up,” he said.